Syphilis History: Origins and Timeline From Columbus to the Present 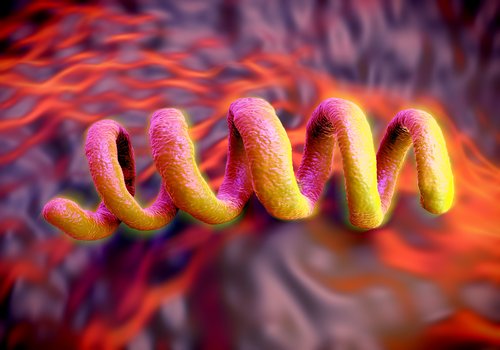 Who in the world takes the time to think about syphilis history? It’s curable, Syphilis Testing Reagents and antibiotic treatments, and you’re done. Right?

We’ll start by saying that syphilis has a remarkably long and complicated history, for something relatively easy to treat. And why does it keep re-occurring if it’s curable?

Syphilis has continued as long as it has for medical reasons as well as cultural ones. It’s the combination of the two that have kept it going for centuries. Stay with us while we discuss the long and intriguing history of syphilis.

Syphilis is a bacterial infection that people typically transmitted through sexual contact. It begins with a painless sore on the genitals, rectum or mouth. Syphilis spreads from person to person when the skin or mucous membrane comes in contact with the sores.

The four stages of the disease are primary, secondary, latent, and tertiary. In the primary stage, all that is noticeable in most cases is the sore. Secondary-stage symptoms include muscle aches, fever, sore throat, hair loss, rash, and fatigue.

During the latency stage, the bacterium lies dormant in the body, causing few if any symptoms. Tertiary syphilis may develop subsequently. Then, the bacteria spread through the body, often causing irreparable and life-threatening damage.

When and Where Did Syphilis Begin?

No one is certain where or how the Treponema pallidum bacterium, which causes syphilis, came into existence. There has been a great deal of educated speculation, though.

Somehow, syphilis became a serious problem in Europe not long after Columbus’s return from the New World. There is evidence of the disease existing there before the explorer’s arrival.

Its origins come down to three main hypotheses.

This hypothesis takes the origins of syphilis into prehistorical times. Perhaps one of the various other diseases caused by bacteria of the genus Treponema had mutated, creating syphilis. That disease then spread with people as they migrated.

This hypothesis is essentially a variation of the pre-Columbian hypothesis. It posits that treponemal diseases were always a global phenomenon.

In this theory, both syphilis and non-venereal treponemal diseases came from the same infections. Differences come only from climate and geography variations, along with cultural development in the affected areas.

This hypothesis states that the crew members in Columbus’s fleet carried syphilis back to Europe from the New World in 1493. This theory is supported by documents from Fernandez de Oviedo and Ruy Diaz de Isla, two physicians present when Columbus returned.

The Columbian hypothesis was verified in 2005 by Bruce Rothschild, a paleopathologist at the Arthritis Center of Northeast Ohio. He who found convincing evidence that syphilis was present in the Americas long before Columbus.

Skeletons from all over the continent showed clear signs of syphilis at least 800 and as many as 1,600 years ago. Other communities farther north seem to have had related diseases.

Rothschild’s study of 1,000 skeletons from Africa, the Middle East, Europe, and Asia showed no evidence of syphilis in the years before Columbus.

More recent history of syphilis shows many people in both the Old and New Worlds suffering from it during the 16th Century, if not earlier.

Without the benefits of modern medicine, its victims were miserable. Plus, they were often shunned and scorned for their disease-ravaged bodies.

The History of Syphilis in Europe

By 1500, a syphilis epidemic had spread throughout Europe, from Spain to Russia and from Greece to Scotland. In retrospect, syphilis in that time seems especially vicious—primarily due to the lack of prior exposure or natural immunity.

In Renaissance and Enlightenment Europe, syphilis treatment was guesswork. It consisted mainly of a sort of chemotherapy for the era: mercury in various forms and later bismuth salts.

In the early 1910s, German scientist Paul Ehrlich introduced an arsenic compound called arsphenamine (more commonly known as Salvarsan or Compound 606). This drug and its successor Neosalvarsan were the first modern antimicrobial agents.

The History of Syphilis in the United States

In 1928, The UK Dr Alexander Fleming discovered penicillin by accident. He was working on another project at the time.

It was not until 1943 in the United States, though, that the new antibiotic would be administered to patients as a cure for syphilis.

From that date through today, penicillin has been the only syphilis cure.

Experiments with penicillin took place in the UK, the US, and elsewhere over the next 15 years. But it took until 1943 for there to be enough penicillin to begin treating infected patients on a widespread basis.

The first to discover penicillin’s uses for syphilis specifically was John Friend Mahoney. He served in the US Public Health Service and later served a term as Commissioner of the New York City Department of Public Health.

In 1943, Mahoney and some colleagues began a penicillin trial with four syphilis patients in a Staten Island hospital. The US Army soon got on board and ordered penicillin for official use.

The drug went public a few years later, and the rest, as they say, is history.

One part of syphilis history that should not be overlooked is the 40-year Tuskegee syphilis study (1932-1972). It began with around 600 African American sharecroppers. Some were suffering from syphilis, while others were in good health (the control group).

At the time, syphilis was incurable, although just over a decade later, it no longer would be. The study participants never found out anything about penicillin.

Most remained in the study until either their deaths or 1972 when the study finally ended due to public pressure. Years later, President Bill Clinton made an official apology to the few remaining survivors and participants’ families.

Syphilis in the 21st Century

At the beginning of this article, we mentioned that the persistence of syphilis, despite its being curable, has to do with both medical and cultural reasons. Nowhere is this more apparent than in the case of the Tuskegee study.

The impact on the lives of participants and their families lingered. For example, many spouses contracted syphilis and gave birth to syphilis-infected children. They had little to no awareness of the disease or its effects.

That is to say nothing of the scars these people carry and their ongoing lack of trust in doctors and other authority figures.

Why is syphilis still prevalent in the 21st century? Why are syphilis cases increasing rather than being cured with penicillin? Could the answer to this, like the Tuskegee tragedy, have to do with the place where medicine meets culture?

Why Is So Little Known About Syphilis History?

Today, despite all the openness we proclaim when it comes to sexual matters, STDs that are almost entirely curable still lurk in the shadows, with victims not wanting their families or partners to know why they are sick.

We all need to pull together and bring down the number of syphilis and other STD cases in Europe, North America, and everywhere else. Knowing about syphilis history helps us to do this.

If you want to stay up-to-date the progress of our work on antigens and antibody production and syphilis testing, keep a close watch on our blog. We always have news to share!