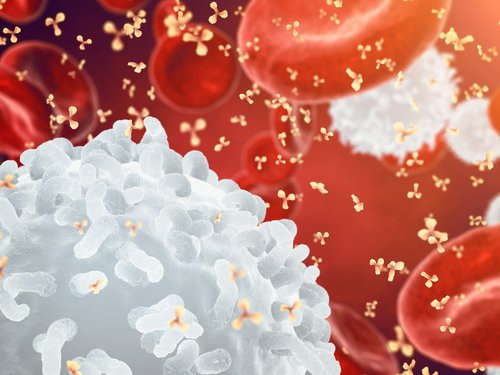 The human immune system is capable of producing a trillion distinct antibodies. And that’s without any stimulation from antigens.

Despite the wonders of a healthy immune system, people are constantly at risk to suffer infection from bacteria, viruses, fungus, and other microorganisms. Other people suffer from antibody-mediated hypersensitivity disorders.

We use antibodies in therapeutics, lab tests, and research. Are you in need of antibody services? Keep reading to learn more about antibodies and the variety of services available.

The Coming of the Antibody

No, you don’t have to repent. The antibody isn’t some demon who will try to end the world.

Fortunately, they are (usually) fighting on our side. In fact, life as we know it wouldn’t exist if it weren’t antibodies.

Antibodies are globular plasma proteins about 10 nm in length. They can be biochemically classified as glycoproteins.

They have a capital “Y” shape. The basic unit consists of two heavy chains and two light chains.

The heavy chains determine the isotype. The light chain has a variable and a constant domain.

In the human body, there are five isotypes of antibodies. There are others that exist in other species, such as IgY in birds and reptiles, but we aren’t going to dive into that today.

The isotype decides the general function of the antibody. It is determined by the constant region of the gene that carries the code for each isotype.

Immunoglobulin A is associated with mucus membranes of the body. This makes it vital in defending the body from pathogens.

Remember, the mucus membranes represent modes of entry for microorganisms. To deal with the constant threat, the body produces more IgA than all of the other isotypes combined.

Plasma cells synthesize IgE in response to parasites, allergens, and other antigens.

It is vital to defend against infectious helminths, such as Schistosoma mansoni and Fasciola hepatica.

Unfortunately, they are also to blame for type I sensitivity reactions, including asthma and allergic reactions.

IgD exists mostly as a monomer on the surface of B cells. It acts as a receptor where it serves to help activate the cell.

The B cell can secrete into the blood but it makes up only a tiny percentage of plasma antibodies.

In contrast, IgG makes up 75% of antibodies found in the blood. Like IgD and IgE, it exists as a monomer.

IgG is massively important to our defenses. It plays a role in the opsonization of pathogens and activation of the complement system.

IgM can exist as a monomer on B cell surfaces. However, it has the distinction of being secreted as a pentamer.

Following antigen exposure, IgM is the first antibody on the scene.

Antibodies were only hypothesized to exist a little over 100 years ago. However, our understanding quickly grew.

Now, we are able to use them as a tool. Here, we discuss the antibody services we provide.

Before we could harvest and use antibodies for therapeutic purposes, we learned how to detect and analyze them in patients. This is useful for diagnosing disease, particularly infections.

Diagnostic antibody testing is the standard for HIV, syphilis, Lyme disease, and countless other infections.

Making the Difference in Syphilis Testing

Antibody tests are crucial to detect cases of syphilis. In order to confirm the diagnosis, a physician can order a treponema pallidum antibody test and a nontreponemal antibody test.

Antibody sequencing refers to the process of determining the sequences of amino acid that constitutes the protein itself. This tells you as much as you could hope to know about that protein.

This is generally done using mass spectrometry. It is a technique that analyses the mass-to-charge ratio within the ions of the material to be studied.

This allows scientists to know very specific details of the molecules and chemical identity of the sample.

Antibody engineering represents some of the most amazing accomplishments of humankind. And that’s not hyperbole.

It has numerous applications in the field of diagnostics, pharmacology, and immunology. It is even leading the fight against COVID-19.

It consists mostly of modifying the sequence of monoclonal antibodies (mAb). This is done to strengthen or weaken their effect.

mAb can be administered to the patient as medicine. For example, rituximab is used to treat certain cancers. Trastuzumab (Herceptin) is a life-saving treatment in some types of breast cancers.

Single-domain antibodies are sometimes called nanobodies. They are tiny proteins compared to most antibodies. They consist of a single variable domain.

They are an interesting area of research with potential applications in biotechnology and medicine. Some are already being used as treatment.

They could possibly be easier to produce than mAb. This makes them an enticing research subject.

Antibodies are currently in high demand. They are necessary to perform an array of laboratory techniques and they are useful subjects of study and research.

Companies that harvest and provide antibodies are going to continue to grow and be in high demand.

Finding Antibody Services for You

Our antibodies do quite a bit of good for us. They keep us alive and well.

Who would’ve known that natural immunity would’ve only been the start? Coupled with human intellect, they are going to change the way we live.

Antibody services are going to be at the forefront of medical innovation for years to come. Check out this page to learn more about the services we offer.